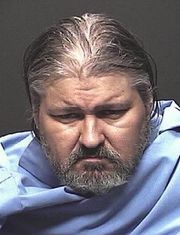 Mitch Beiro, also known as Sekmet and Bojo888 (full Mitchell Rene Beiro;[1] born September 10, 1965),[1] is a greymuzzle furry artist with a love for Minerva Mink and other cartoon females. He formerly resided in Tucson, Arizona, USA, and was once part of the Tucson Mob. His fursona is a rat.[2]

Mitch attended many furry conventions across the U.S.A. He created elaborate pop-up art when doing sketchbook commissions, and three-dimensional layered foam-core sculptures. His art has been published in Huzzah, Wild, and several other publications.

He was a guest of honor at ConFurence 11 (2000). He married Minerva Mink at a joke wedding during ConFurence 12. 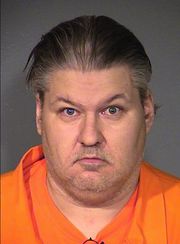 Mitch Beiro was arrested on October 3, 2012 following an eleven-month investigation by Tucson detectives of the Tucson Police Department, as part of a wider investigation into the online sharing of child sexual abuse images through peer-to-peer internet networks via an unsecured WIFI connection.[3][4]

As stated in October 3 articles, the police found Mitchell Beiro "to have “thousands” of computer files depicting child sex exploitation".[3] He "is being charged with 15 counts of sexual exploitation of a minor."[4] Additionally, "Detectives also found out in the investigation that he was part of an unreported child molestation case in California."[4]

Mitch Beiro pleaded guilty to two counts of sexual exploitation of a minor under the age of 15[5], and was sentenced in February 19, 2013, to 10 years in prison at the Arizona State Prison Complex- Eyman, in Florence, AZ, with lifetime probation upon completion of his sentence.[6]